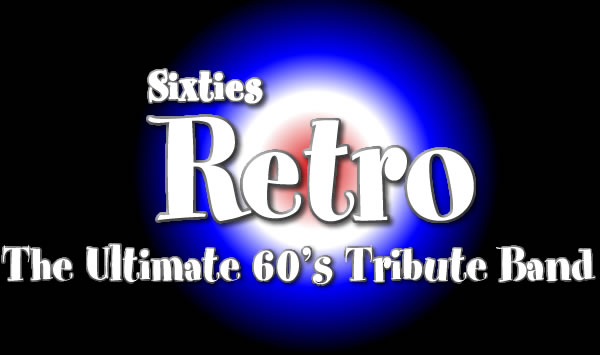 And this is what they say about Sixties Retro...

Absolutely brilliant lads. This weekend was the 4th 60s mini cruise with my brothers and you were by far, the best band we have seen. Just given you a glowing reference to P&O Ferries. Brilliant repertoire and authentic 60's sound. 10/10

The Band performed at my 35x2 Big Birthday Bash on February 12th 70 plus people turned out. Everybody was up dancing, couldn't help it! 60s Retro are brilliant, everyone there said so. They made the night. We won't forget that one. Truly professional. Superb!

Thank you so much for playing my dads retirement party last night. The music was amazing and you were fantastic. Brilliant song choices sang phenomenally. You made the party very special and will be a part of our memories from a wonderful evening

Thank you everyone who came along last night to our 60's Retro fundraiser in aid of Myton Hospice. The band were amazing, great sounds. We raised over £1000 towards this wonderful charity. Once again thank you for your support.

Just wanted to say a huge thanks to you guys for your show last night at my brother and dad's joint party. It was always going to be a special night and we needed special entertainment to mark it, and Paul certainly found that in you guys. I thought you all looked and sounded great the first time we saw you, but last night was awesome. The music speaks for itself, but you guys created an electric atmosphere and went down a storm. You couldn't possibly have made the night any more special or do any more for Paul than you did, right down to even dedicating "Don't Let The Sun Catch Me Crying" to Mom, so thank you. And as for the finale of "You'll Never Walk Alone", I'm speechless.

Thank you again so much and hope to catch you at another gig sometime in the future.
Clare Mace

Last night (31st Jan), was the second time we have seen you, both times being at The Brandon Club, the first time we saw you, we were blown away with just how good you sounded, and last night confirmed just how good you really are.

We have recently passed our 50th birthday, so we both enjoy the 60s era. We live in Staffordshire, and visit our friends in Binley, so,Thank You for another fantastic evening of Good Music again. Hopefully seeing you again soon.

I would like to thank you and your band for the fantastic music you played for us on Sunday for Margaret’s 70th birthday party at the Windmill Hotel.

Everyone commented on how good they thought you all were and they thoroughly enjoyed the evening albeit they perhaps did not show their appreciation in the customary fashion!

Once again, thank you very much, you may be sure that many of us will recommend your band to other people

I saw the guys last night at the Bluebell Cider Inn near Hockley Heath; was lucky enough to catch the second set.

They were incredible - the attention to detail, the respect shown to the original songs, the overall sound and balance, with the powerful lead vocal, and the stunning harmonies were as true to the originals they were playing.

I have seen the guys before, yet, I felt privileged to witness a fantastic display of talent and professionalism.

As entertainment secretary for the Brandon Club I decided to put on a themed Sixties night and hired Sixties Retro for our live music.

We had a sell out weeks before and the band delivered a fantastic night. I love the fact this band play songs you don't hear too often and play them authentically with great harmonies.

My favourite song was Concrete and Clay. Thoroughly recommend this band to anyone.

From The Beatles and The Beach Boys to Lulu and Sandie Shaw to The Byrds and The Bee Gees and of course there's always room for more!

The band play to appreciative audiences everywhere they go, making new friends and enthusiastic fans every time they play!

Sixties Retro are now available for weddings, parties and private functions. performing a wide range of popular tracks to entertain just about everyone. Email or call - this show is a must have for your special occasion!